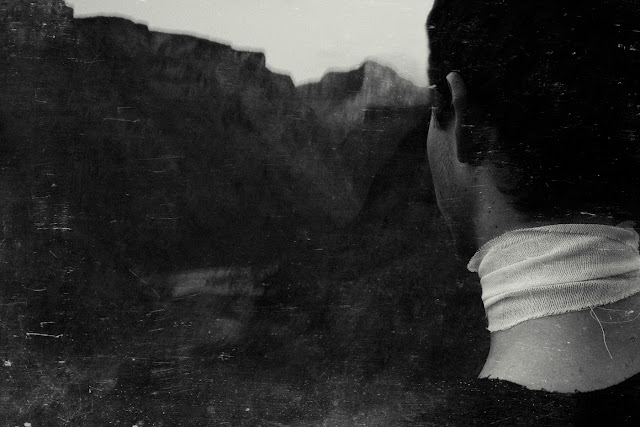 Ingrid Deuss gallery is proud to present the new solo exhibition of Spanish-born and Antwerp
based artist Isabel Miquel Arques, « Here be lions ».

Toon Tellegen’s book, “Letters to Sleeping Beauty”, has greatly inspired this exhibition.
The book describes the story of the prince deciding that the time has come to find Sleeping Beauty and kiss her. He
doesn’t know where she is to be found, what this voyage shall bring or what to expect from his journey as a whole.
During the course of his one-year travel, he writes her letters everyday.

Miquel Arques works with the concept of longing and the many forms it might take, as she explains in her artist
statement.

The core of “Here be lions” aren’t fairy tales, not even “Sleeping Beauty” herself, but another kind of beauty that goes further than hundred years of sleep: longing.
In today’s world, which appears to be fed by the immediate and the imminent, the notion of ‘longing’ seems to be part of “The dictionary of forgotten words”.
Sad story.
In my mind however, longing is this fascinating lengthy process filled with desire, exaltation, doubt, disappointment, contradiction, poetry and hope. It’s a pursuit. It’s a thought on the move and yet steady. Delighting, enlightening and dark all together.
The uncertainty of this deep inner voyage has set the tone and therefore decided the title of this exhibition, which is to be named, “Here be lions”.

“Here be lions”, echoes the medieval practice of putting dragons, lions or sea serpents in uncharted areas of the map. Those are our prince’s territories. 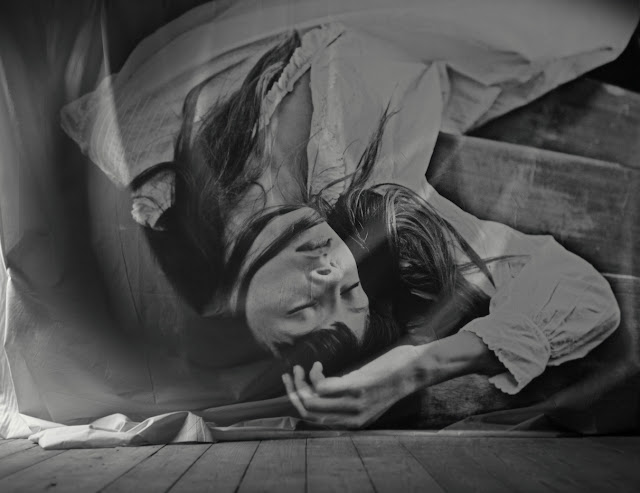 The exhibition holds twelve artworks, representing the twelve months within a peculiar year, without any seasons. The work is a rather dark piece established in a black and white narrative, which appears to be set in a somewhat unconventional fairy tale décor, where the individual –the prince in this case- exudes awkwardness, as if there was something unnatural in his longing.

Living currently in Antwerp -after Barcelona, Amsterdam and London-, Miquel Arques has been fascinated by the relationship in history between her country of birth, Spain, and her country of adoption, Belgium. The result of her studies and observations about this subject, along with her cogitations on the photography world of today are the core of her previous exhibition at Ingrid Deuss Gallery “Agitation”.

About the artist
Isabel Miquel Arques, who is mostly a self-taught artist, has been experimenting with all kinds of photography, from classical to pinhole cameras. Growing up in a very rich cultural environment, but with a spartan way of living, shaped her way of seeing life and applying photography. This sobriety leads to a working ethos with the strictly basic camera
and natural light.
She finds her own way between tradition and modernity, creating a path where her work is influenced by the art of painting in textures, colours and composition. This is first to perceive in her photo book “Portret met garnaalkroket” (Portrait with schrimp croquet) published by Ludion, where she reflects the artistic Belgian scene by making the portraits of some of their most emblematic members, like Luc Tuymans, Jan Hoet, Michael Borremans, Stephan Vanfleteren, Dirk Braeckman, Jan Fabre…
In the case of “Here be lions” the influence and reference to the cinema and photographic negatives is clearly palpable.
All about Isabel Miquel Arques


Ingrid Deuss Gallery
Proviniestratt 11, 2018 Antwerpen
Website
Posted by All about photo at 9:55 AM No comments: