The exhibition Ricardo Martín. Photographer and Observer recalls an author who marked an epoch

The Kubo-kutxa gallery in San Sebastian is devoting the fourth exhibition within the special programming to mark the year of San Sebastian’s designation as European Capital of Culture to the photographer Ricardo Martín. Comprising 98 black and white images, the exhibition is recalling a photographer whose work is well known because he photographed the city of San Sebastian during one of its golden eras, but who went unnoticed as an author. Curated by Juantxo Egaña, the exhibition was inaugurated on 3 November and will remain open until 22 January, 2017. Thanks to the collaboration of the Filmoteca Vasca (Basque Film Archive), the screening of a short film of the 1920s is included; entitled San Sebastián y Lasarte, it contextualises and completes the exhibition by allowing one to see Martín’s scenes in motion.

Ricardo Martín embarked on his professional career in 1914 when the illustrated magazines were at their peak. He set up his photographic studio on Fuenterrabía street in San Sebastian, subsequently to be inaugurated in April 1915 with the name of Photo-Carte.

The photographer and his colleagues used to tour the beach and top locations every day. Their photos reported on the latest trends in fashion, including women sporting their novel bathing suits. They were not random snapshots, they sought distinction in their images. The Avenida de la Libertad, Paseo de la Concha and above all the corner of the Hotel de Londres y de Inglaterra turned into their backdrops.

Ricardo Martín was a multi-faceted photographer committed to ongoing experimenting. He was a reporter who bequeathed thousands of testimonies, anonymous portraits, accidents, joys and sadness. Martín used to tour the city, its promenades, its beaches, the neighbourhood festivals as well as those put on for the summer visitors. 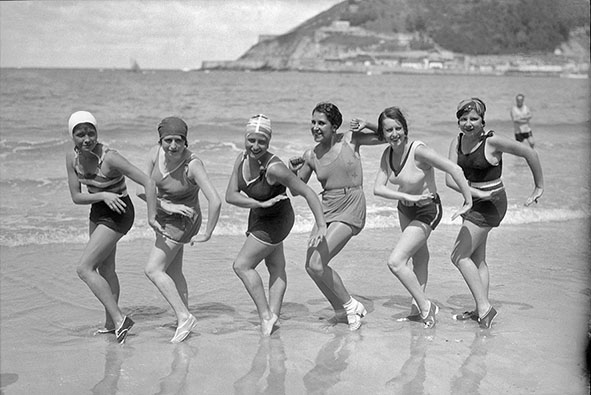 The exhibition Ricardo Martín. Photographer and Observer is not organised chronologically but according to subjects, and concentrates on the themes and aspects that made this artist unique.As one goes around the exhibition what becomes clear ishow Ricardo Martín saw the turbulent society around him, the importance of observers in his photographs, the hypnotic nature of crowds, the throngs he loved to photograph.In an evocative text Lee Fontanella describes Ricardo Martín as ubiquitous as he seemed to be at all the events taking place at that time, moving naturally among the different social classes.

Ricardo Martín. Photographer and Observer
From 4 November 2016 to 22 January 2017

Posted by All about photo at 7:31 AM No comments:

Australia: Black Eye Gallery presents "In the Time of Hope" 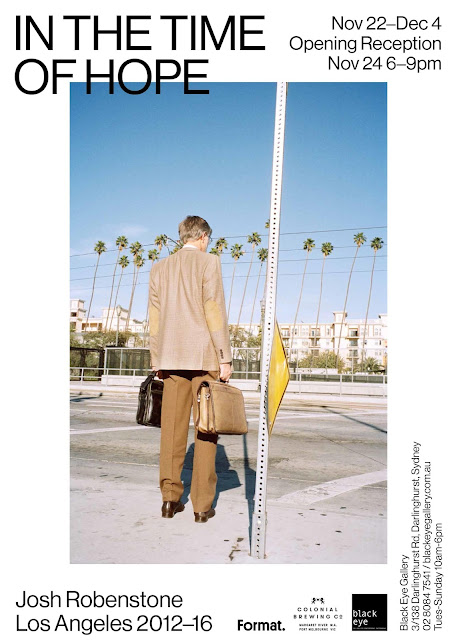 'In The Time of Hope' is a photographic observation of American society on the streets of Los Angeles during the Obama era.

On the road and footpaths, Robenstone looks at the visual splendor of the sun bleached and hyper saturated Californian landscape juxtaposed against the deteriorating icons of a once grander America. At times both candid and considered, ‘In The Time Of Hope’ is a complex study of a modern society at battle with itself and it’s staunch values of the past.

More information HERE
Posted by All about photo at 7:40 AM No comments: