he Los Angeles Center of Photography just opened its doors to the Second Annual Fine Art Exhibition, aka "Singular point of view 2017". From May 19th to June 23rd, LACP will showcase an impressive collection of fine art photography, accurately selected by Crista Dix, and embracing 50 shoots from the work of 39 artists, plus 52 additional images, virtually exhibited on an online gallery.

Among the highlighted artists of this edition, we are proud to acknowledge the presence of the fine photographer, and founder of All About Photo, Sandrine Hermand-Grisel, who is joining the show with selected shoots from her last gem, Sea Sketches (2016), featuring a ravishing series of intimate pictorial landscapes, taken during her visual pilgrimages around the beaches of Anna Maria, a quaint barrier island nestled in the Gulf of Mexico, off of the west coast of Florida.

Years after her worldwide acclaimed series, Waterlilies (2006-2011), Sandrine Hermand-Griesel, whose talent has been awarded of the 2005 Prix Kodak de la Critique Photographique, delights us with a new paradigm of her pictorial language, lying upon a sophisticated harmony between reality and abstraction, which she is able to bring to photography thanks to her unique artistic inspiration, driven by the aesthetics and the meaning of European Modern paintings and Art. 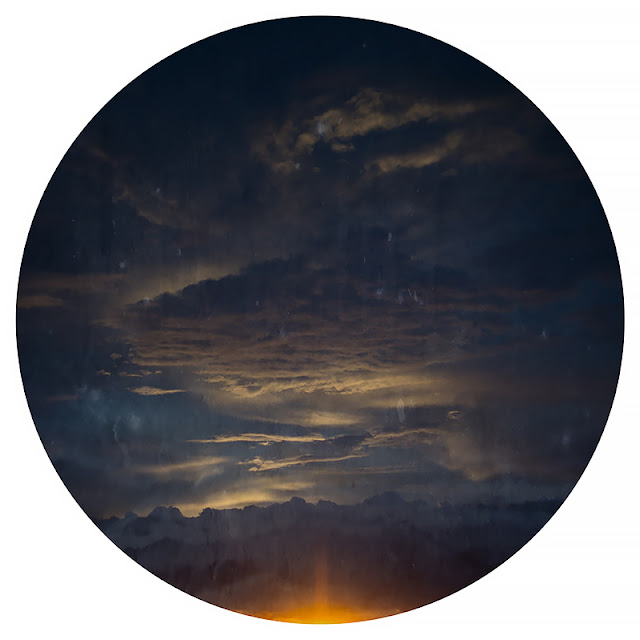 Sea Sketches is an intimate journey inspired by Casper David Friedrich & William Turner's painting, reflecting the willing of the author to recreate an authentic deep artistic experience of Beauty, meant to deeply involve the self of the observer and his unique ensemble of feelings and imagination. To drive the viewer into her inner visual dialectic, Sandrine Hermand-Grisel retouched these pictures through the insertion of textures and overlays, in order to manipulate and empathize their painterly appearance, while keeping the light embodying the image, as the real subject of the photograph. In this sense, Sandrine Hermand-Grisel lies beyond exceptional at mastering the laws of the light imposed by the Camera, as well as those the intervention on the perception of the observer. The two components fuse together, in a harmonious and extremely new aesthetic rendering and challenge.

In all the various phases of her work, Sandrine's artistic identity is spiked by a dual artistic commitment, at the same time deeply classical and subtly experimental: on one side, as a photographer, she is a witness of the living present: she referrers to the photographic medium and its specific potential to capture images and memories, in order to build an artistic and meaningful visual experience of the making sense of the World and the Nature surrounding us. On the other side, as an innovative and conceptual artist, driven by multiple crossed contaminations, she succeed in creating a new form of photographic Pictorialism, which turns each picture into a drawing like image and storytelling, joining together reality and illusion, present and imagination. 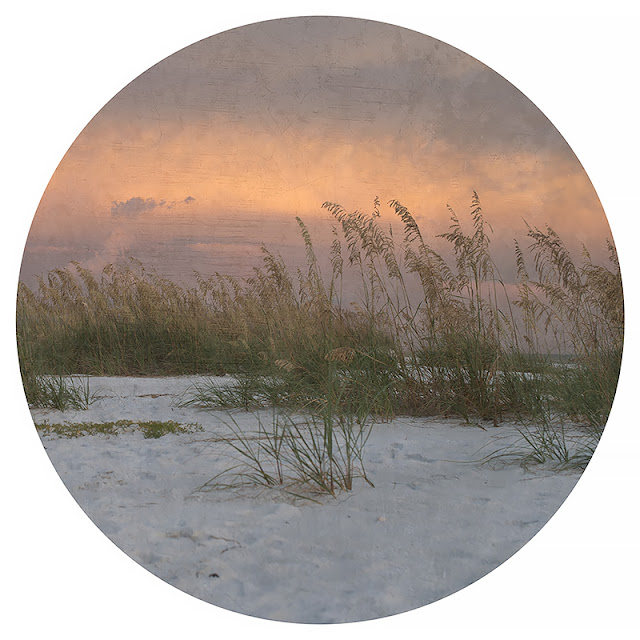 Along with the above mentioned series Waterlilies, as well as the breathtaking collection of portraits known as Nocturnes, Sea Sketches closes a circle of experimentations which lead Hermand Griesel's pictorialism at the top level of style and technique.

Waterlilies remains for us an outstanding masterpiece of photographic composition and esthetical perfection. The project, inspired by the celebration of Nature featured by the namesake series of paintings by the French impressionist artist, Claude Monet, featured a touching ensemble of pictures portraying her own children, bathing in a pool. Here the photographer uses specific stretches of time along with an detailed treatment of the saturation of the image in post-production, creating unfocused abstract pictures appearing more like impressionist art works, than photographs of real and alive subjects, made of flesh and bones. In each of them, a body of a young swimmer in movement dramatically emerges in all his graceful harmony from the depth of the blue and green water of the background, whose pastel shades and gritty texture remind of Monet's thick and short brush strokes.

The beauty of these pictures is stunning: despite of the absence of sharp edges, each body is caught in a unique sculptural pose and gesture, coming out from the vibrant color temperature of the water, and it reveals itself as a simple and intimate manifestation of Beauty.

The truth is that behind this abstract and pictorial look, there is a deep knowledge of the interaction between the camera and its movement in space, or between the subject and its frame in action. Here again, Sandrine Hermand- Griesel proves his excellence in a perfect anticipation of the special context of each posture, as well as its aesthetic patterns, despite the fast pace of the actors.

All the projects by Hermand Griesel show this profound comprehension of the specificity of the media objectivity, which is a view on the world as well as a view of the present moment, but also, in an immanent way, its diffraction, its abstraction, its formal reflection through targeted photographic manipulations driven by conceptual, subjective choices.

De Sarthe Gallery is pleased to announce a solo exhibition of new work by Zhou Wendou, entitled Bu Qian, curated by Wang Pao Pao, opening on May 20th 2017. The show will continue until June 24th, 2017.

Zhou Wendou's creativity has undergone a transformation over the past two decades. He first began as a painter and then transitioned to photography with a focus on constructing camera oriented installations. After this, he focused on producing installation art, to which he still dedicates himself. Utilizing commonly found ready-made objects, his artwork is born out of conventional forms through a process of deconstruction and transformation. He constantly looks towards the boundaries of art and attempts to challenge the appearance and shape of objects. He deliberately removes certain properties of objects, but does not contribute his own subjective judgment or emotions in the process. On the contrary, he records his creations metaphysically and shows it in moderate and humorous ways.

The title of the exhibition, "Bu Qian," is extracted from a concept used by Chinese philosophers of ancient times. Partial translations are 'immutable' or 'immovable,' depending on which school of thought uses the term.It is the idea that sometime things will remain unshakable, immobile, even when the environment surrounding them changes. In this exhibition, common objects such as lamps and slingshots remain unaltered yet submitted to different forces that rip off their original use and turn them into artistic installations. Each artwork has an intrinsic tension yet remains motionless in the gallery. The hull of a boat floating in two buckets of water is the starting point of the exhibition, and leads the audience to a pile of skateboards and a massive whirl made out of metal hand grips. Everything in the show appears motionless, as if suspended in time, but also seems as if it is on the edge of giving way to movement. This is Zhou Wendou's interpretation of Bu Qian. 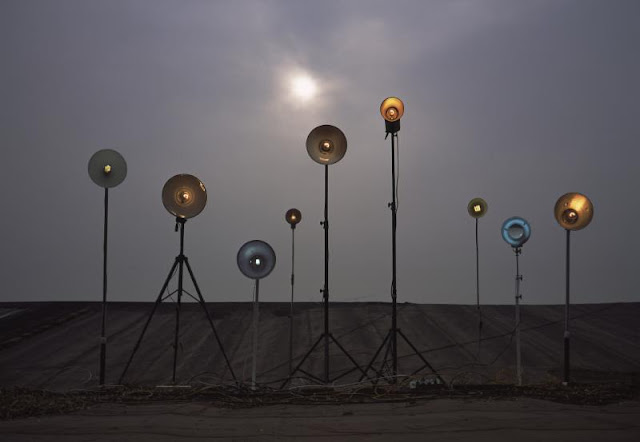