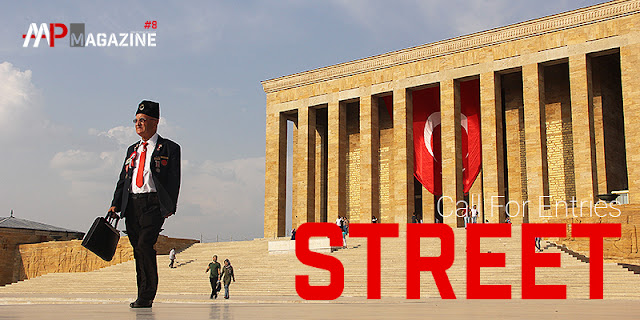 Our eighth printed issue of AAP Magazine will feature the best projects showcasing the theme "Street".

Encyclopedia Britannica defines Street photography has "a genre that records everyday life in a public place."

Photographers have been documenting their environment since the invention of photography. The image "View of the Boulevard du Temple" by Louis-Jacques-Mandé Daguerre, shows a Parisian street in 1838. Later encouraged by improvements in the portability and quality of cameras many photographers decided to record urban life. Charles Nègre, Eugene Atget, Alfred Stieglitz, Andre Kertesz, Berenice Abbott, Henri Cartier Bresson, Brassaï, Walker Evans, Robert Frank, Diane Arbus, Vivian Maier, Garry Winogrand, Lee Friedlander, William Eggleston... are amongst the many iconic photographers who captured changes in the fast-paced world of life in towns and cities.

Capturing the essence of the urban lifestyle is now both a popular form of art and an important medium of communicating the heart and soul of a society and its people.

Send us a cohesive body of work or portfolio - capturing the weird and wonderful moments unfolding around you! The subject is completely up to you. Any capture method or process, whether digital or analog, including monochromatic toning, is welcome.

All winners will have their work published in the eighth printed issue of AAP Magazine, a free copy of the magazine and their portfolio showcased in the Winners Gallery of www.all-about-photo.com.

1st Place Winner
Cash Prize: $500 (US Dollars).
Exclusive interview and winning portfolio published in AAP Magazine, Volume 8: Street
One free copy of AAP Magazine that will be for sale and distributed on Blurb.com
Winning work showcased on the online Winners Gallery of All About Photo

2nd Place Winner
Cash Prize: $300 (US Dollars).
Winning portfolio published in AAP Magazine, Volume 8: Street
One free copy of AAP Magazine that will be for sale and distributed on Blurb.com
Winning work showcased on the online Winners Gallery of All About Photo

3rd Place Winner
Cash Prize: $200 (US Dollars).
Winning portfolio published in AAP Magazine, Volume 8: Street
One free copy of AAP Magazine that will be for sale and distributed on Blurb.com
Winning work showcased on the online Winners Gallery of All About Photo

Particular Merit Mention
The next twelve winners (ranked from 4 to 15) will have their submitted portfolio published in AAP Magazine Vol.8. 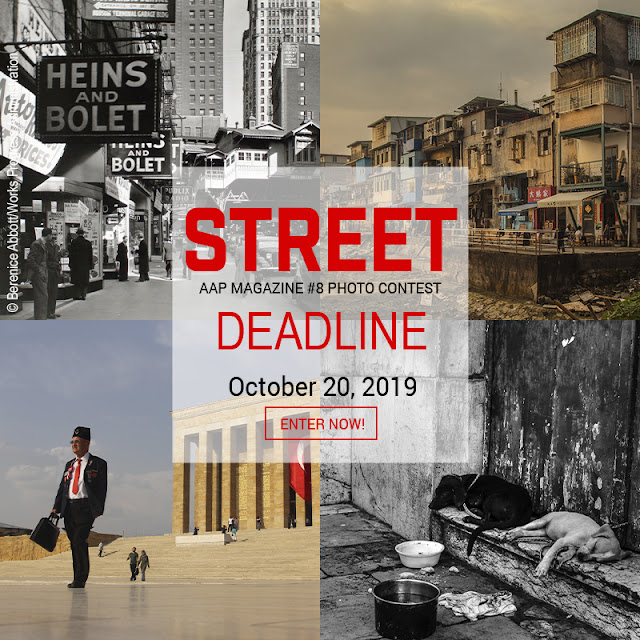 Posted by All about photo at 1:52 PM No comments:

Xippas Paris is pleased to announce Joel Sternfeld’s first personal show with the gallery. The exhibition features 13 large scale photographs from his renowned study American Prospects that have never been exhibited before. It will also celebrate the imminent release of a revised edition of American Prospects by legendary publisher Gerhard Steidl.

Joel Sternfeld is a renowned photographer, celebrated for pioneering color photography in the seventies and for his many groundbreaking works since then. His legendary American Prospects series (first published in 1987) depicts the grand and sullied landscapes of America and helped to usher in a new breed of contemporary photographers, making him one of the most influential artists of his generation. 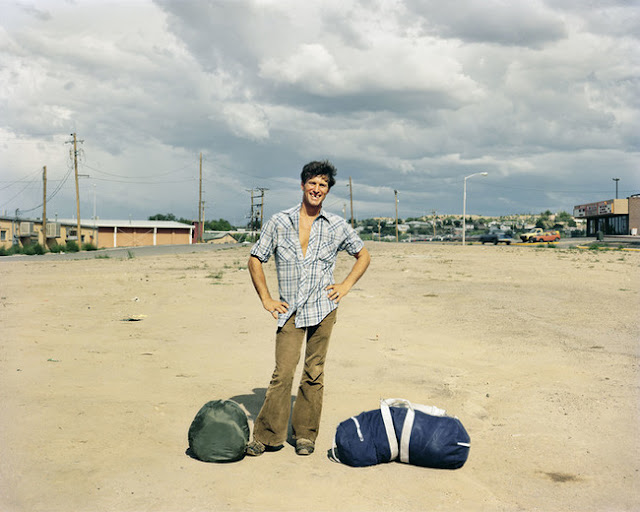 In the late seventies, aware of the environmental and social changes sweeping through America, Joel Sternfeld set out on road trip in a Volkswagen camper van, with the intention of depicting a country poised between bright hopes and dark possibilities. Undertaken during the end of the Carter era and most of Reagan’s, his journey took him throughout the United States. Now, 40 years later, in a time of global climate and political uncertainty, the questions raised by these pictures appear more urgent than ever and give further meaning to the title chosen for this exhibition.

When the book American Prospects was published in 1987, its historic importance was immediately recognized. Writing in the Guardian Sean O’Hagan has noted that “American Prospects is now regarded as a classic. With its merging of the deadpan and the ominous, it has been as influential on succeeding generations of documentary photographers such as Stephen Shore’s Uncommon Places or William Eggleston’s Guide”.

The historical context of photography is equally significant to fully grasp the importance of American Prospects: when Sternfeld set out on his journey, fine art color photography was in its infancy. Using an 8’x10’ large format camera, seeking a vantage point high above and back from his chosen scene he was able to forge a new vision, which presented the contingencies of human and natural events in a form reminiscent of master narrative tableaux, slowly revealing their secrets through intimate details.

In the show are compelling images that remind us of the complexity of the American experience. A family in West Virginia stands beside an open pick-up truck filled with their earthly belongings including a box of Cornflakes, resonant of Millet’s Angelus painted a century before. Sheep graze beside a Basque shepard’s wagon: behind them, the multi-million dollar vacation homes of Sun Valley Idaho, in log cabin style. Hundreds of men gaze at a woman in a bikini contest in Fort Lauderdale Florida. Beside them on the wall a lone figure swings on a “jungle gym” reminding us that the primordial is never far from the surface. And in a painful reminder of the origin of the American Experience, three Navajo native Americans sit on a red Arizonan mesa and gaze off into the distance where lies a suburban development. Sternfeld thus depicts an America of wealth, exuberance, excitement and simultaneously of inequality and social complexity.

Although the many innovations of Sternfeld’s American Prospects bear echoes of European landscape painters such as Patinir and Brueghel its application to photography was ground breaking.
As Kerry Brougher, Chief Curator at the Hirshhorn Museum has written in the introduction of to the book: “If the contamination of paradise has often been Sternfeld’s subject, he has likewise tainted the purity of photography in order to capture the condition of America. His shift from spontaneous snapshot to picture making helped open the gates for a new type of photography now practiced by Gregory Crewdson, Rineke Dykstra, Andreas Gursky, Thomas Ruff, Thomas Struth and Jeff Wall among many others…”


Joel Sternfeld (b.1944, New York) is a renowned photographer, celebrated for pioneering color photography in the seventies and for his many groundbreaking works since then. He is the author of 17 books including the recently published Our Loss.
His oeuvre sits within the American documentary tradition of Walker Evans and Robert Frank, exploring social and political issues, while carrying a strong sense of poetry and wry humor. It is now embedded in art history and has contributed significantly to landscape theory.

His legendary American Prospects series (first published in 1987) depicts the grand and sullied landscapes of America and helped to usher in a new breed of contemporary photographers, making him one of the most influential artists of his generation.

He teaches at Sarah Lawrence College, where he holds the Noble Foundation Chair in Art and Cultural History.


All about the exhibition
More exhibitions on All About Photo
Posted by All about photo at 5:53 PM No comments:

'Of River and Lost Lands'
by Sarker Protick 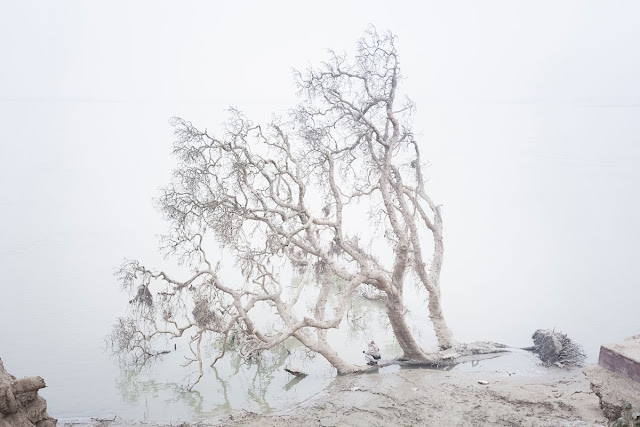 At first, the place seems abandoned; drowned, broken houses and floating trees are all that remains. These are traces of life that were once here. As the series continues, the land and the people come into view and find their place in the story. Together they portray a complex relationship between nature and human beings  that is intimate yet ruthless, defined by  dependency and destruction.

The exhibition shows the direct, visible and  palpable effects of changes in climate in the final form of irregular devastating monsoons, resulting in increased river erosion in Bangladesh. Most of the places seen in these photographs do not exist anymore. As a result, these photographs survive as visual  documents of such vanished lands.

About Sarker Protick
Sarker Protick is a visual artist from Bangladesh. Protick makes work that explores the materiality of time and disappearance. His portraits, landscapes and photographic series engage philosophically with the specificities of personal and national histories. Incorporating detailed observations and subtle gestures the works enter into personal spaces, often minimal and atmospheric.

Protick is currently represented by East Wing Gallery.
Her website 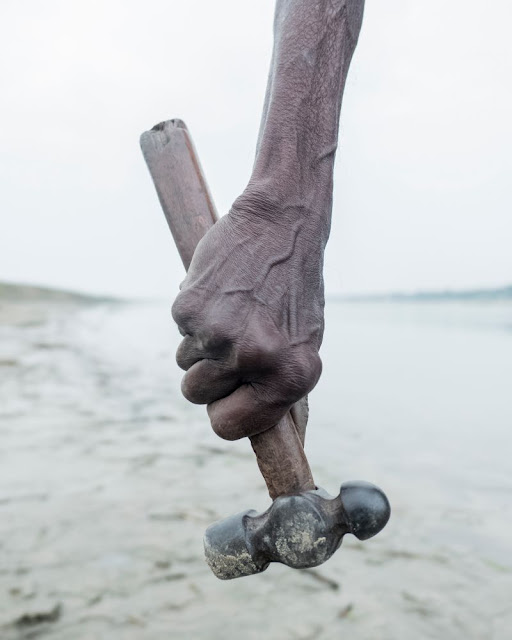 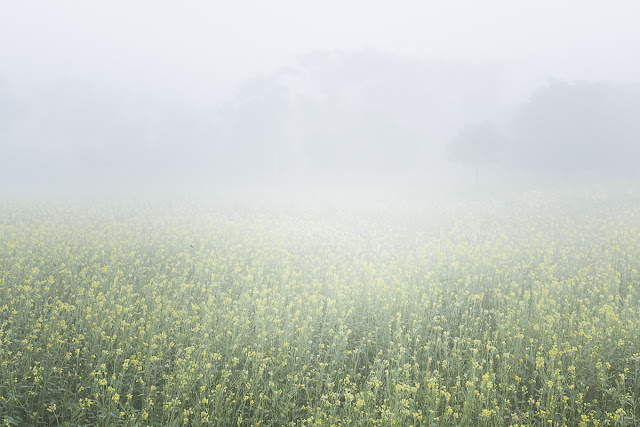 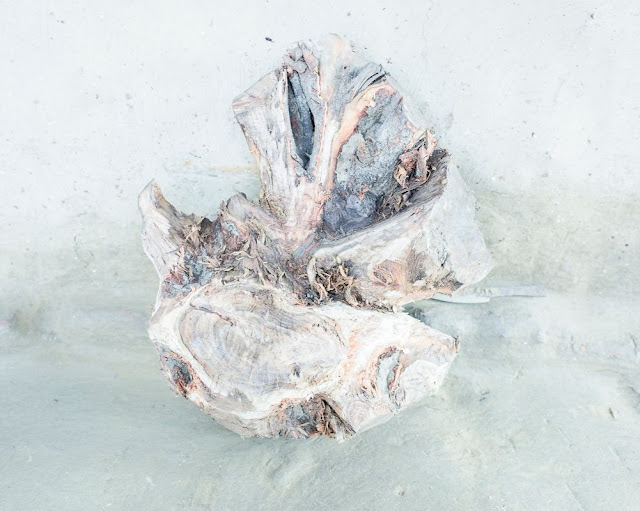 All about the exhibition
Discover all the other photo exhibitions here

Posted by All about photo at 4:51 PM No comments:

Opening on 16th of October, Fokion Zissiadis’ photo exhibition "Icebergs: From Genesis to Extinction" will be hosted at the Benaki Museum, 138 Pireos str. in Athens - Greece, for the period of 17 October - 17 November, 2019. Zissiadis body of work on the Icebergs of Greenland - Denmark, will be exhibited as a very vivid perspective of large-scale pictures (3m. length) along with sound effects, featuring the sounds of Arctica composed by Lolipop Studios of Thanassis Zlatanos. 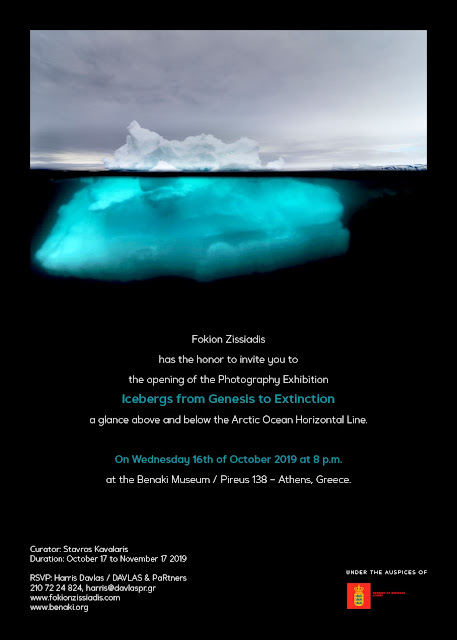 A journey to Greenland’s natural breathtaking beauty. A wayfaring to explore the Arctic and the greatness of the ever-floating icebergs, the most spectacular phenomenon of the Polar region. An adventurous reconnaissance masterfully captured that takes precedence at the photography exhibition of Fokion Zissiadis’ “Icebergs from Genesis to Extinction”, at the Benaki Museum from 17th October till 17th November 2019, curated by Stavros Kavalaris, under the auspices of the Embassy of Denmark in Athens.

All about Fokion Zissiadis
All about the Benaki Museum
Posted by All about photo at 10:29 AM No comments: