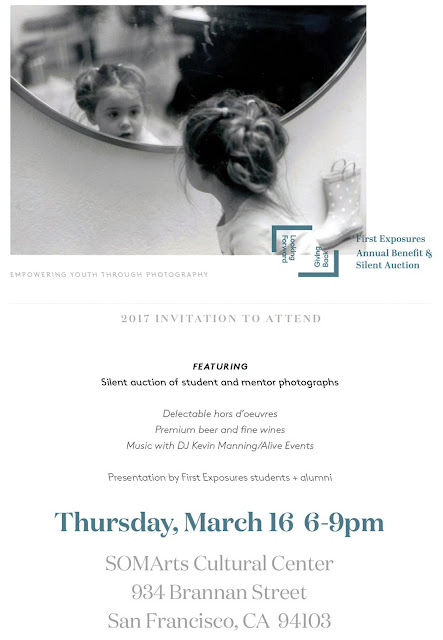 Buy your ticket HERE
Posted by All about photo at 8:02 AM No comments: 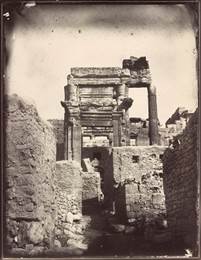 Once a famed center of trade and meeting place of civilizations, Palmyra and its magnificent ruins have become targets in the ongoing Syrian conflict that victimizes its people and erases its cultural heritage. Launching February 8, 2017, the online exhibition The Legacy of Ancient Palmyra depicts the site as it was illustrated in the 18th century by the architect Louis-François Cassas and photographed for the first time by Louis Vignes in 1864.

Since its apogee in the mid-2nd to 3rd century CE, the Romans and Parthians knew Palmyra as a wealthy oasis metropolis, a multiethnic center of culture and trade on the edge of their empires. Stretching about three kilometers across the Tadmurean desert, the ruins of Palmyra are striking markers of the city’s place in history. Starting in the late-17th century, Western explorers encountered these ruins and transmitted knowledge about the site through written descriptions, transcriptions of the numerous Palmyrene inscriptions scattered through the ruins, the collecting of ancient Palmyrene art and artifacts, and, later, the drawings of Cassas and the photographs of Vignes.  Knowledge about Palmyra and its ruins permeated European society, becoming the subject of poetry and painting, in addition to influencing elegant Neoclassical design and architecture.

The online exhibition draws heavily from the Getty Research Institute’s collections as well as art in museum and library collections all over the world. The exhibition explores the site’s early history, the far-reaching influence of Palmyra in Western art and culture, and the loss, now tremendous and irrevocable, of the ruins that for centuries stood as a monument to a great city and her people.


“The devastation unleashed in Syria today forces a renewed interpretation of the early prints and photographs of this extraordinary world heritage site,” said Getty Research Institute curator Frances Terpak. “They gain more significance as examples of cultural documents that can encourage a deeper appreciation of humanity's past achievements. Understanding Palmyra through these invaluable accounts preserves its memory and connects us with its grandeur and enduring legacy.”

Among the monuments featured in the exhibition is the Temple of Bel, whose ruins were largely destroyed during the occupation of Palmyra in 2015 by the self-proclaimed Islamic State (ISIS). Also referred to as the Temple of the Sun or the house of the Palmyrene gods, it was one of the grandest architectural projects of the 1st century CE. As the cultural heart of the ancient city, this massive complex integrates a courtyard stretching 200 meters on each side that could accommodate thousands of people during religious festivals.

In 2015 and again in 2017, ISIS destroyed some of the largest and best-preserved tower tombs, dating from 9 BCE to 128 CE and the most distinctive type of burial architecture in Palmyra, notably those of Elahbel, Iamlichus, and Ketot. Viewing Cassas's engravings, it is possible to imagine how the "Valley of the Tombs" once looked, enlivened with multistoried towers containing sculptural decoration on both the exterior and interior tombs. Such edifices clearly signaled to all the presence of the dead among the living. Though providing fewer details, Vignes's photographs capture the powerful desert light as it struck these great towers dominating the valley, effectively validating Cassas's impressive funerary landscape.

The funerary sculpture that decorated these multistoried tower tombs is among the best-known art to come out of Palmyra. Richly decorated with sculptures of the deceased, the massive tombs are the source for some 3,000 bust portraits held today by museums worldwide. Modeling Greco-Roman naturalistic traditions of portraiture, but often draped in native Parthian garments with eyebrows more stylized and incised, as in the Assyrian tradition, these ancient sculptures stare proudly back at us as witnesses of their illustrious history. These busts bear testimony to the wealth of a vibrant multicultural society, the ravages of time and politics, and the enduring resonance of art.

“Positioned at a crossroads, Palmyra was a nexus of ideas and innovations streaming from east and west that made it one of the most cosmopolitan centers in antiquity. The unique style of Palmyra's architecture and sculpture reveals a blend of artistic influences that reflects its diverse population,” said exhibition curator Peter Louis Bonfitto. “Cassas and Vignes employed different techniques to capture the magnitude of this vast ruined landscape; they complemented panoramic views with architectural studies to record the singularity of the monuments.”

Posted by All about photo at 7:27 AM No comments: