Newsha Tavakolian who won the 5th Carmignac Photojournalism Award will be at the the Chapelle des Beaux-Arts de Paris (France) from May 13 until June 7,  2015. 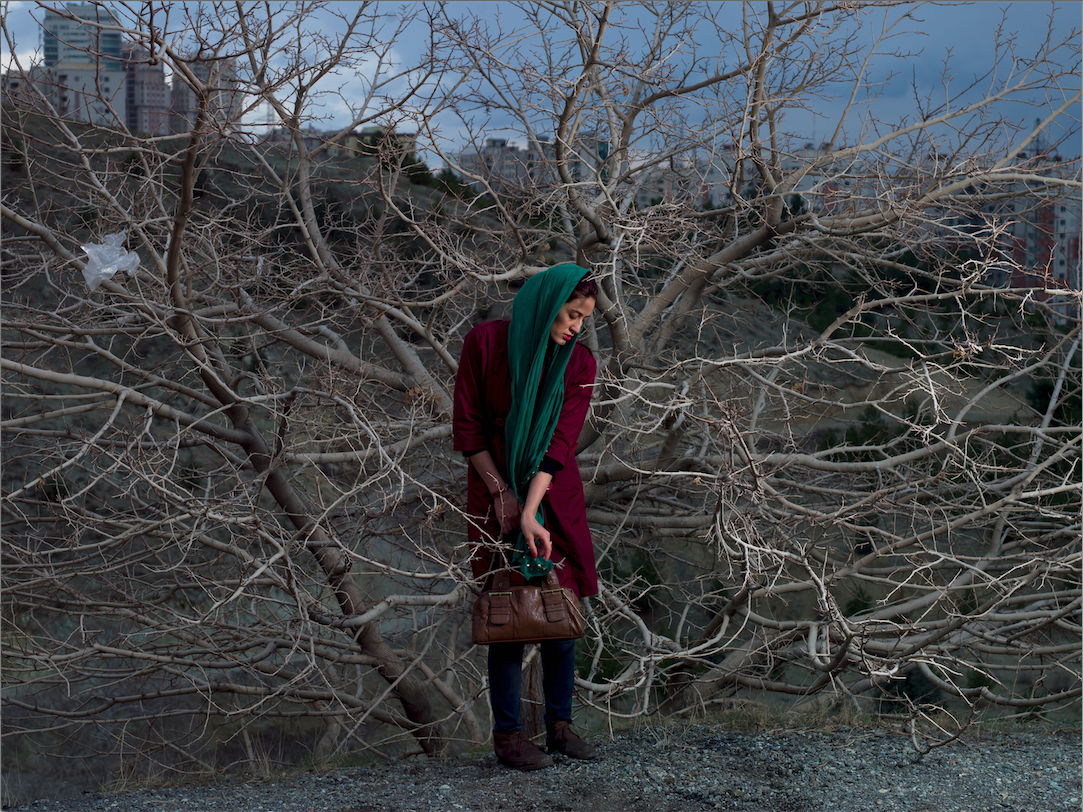 The Carmignac Foundation presents an exhibition of photographs by the Iranian photographer Newsha Tavakolian, 5th winner of the Carmignac Photojournalism Award. Curated by Anahita Ghabaian, President of the 2013 Jury, the exhibition will take place at the Chapelle des Beaux-Arts de Paris from 13 May to 7 June 2015.
Newsha Tavakolian’s reportage focuses on the feeling of claustrophobia experienced by the younger generation in Iran. A book will be published by Kehrer Verlag to mark the exhibition.

The Carmignac Foundation is also pleased to announce a partnership with the Ecole nationale supérieure des Beaux-Arts comprising a series of lectures, organised by Nicolas Bourriaud, on the role of the artist in conflict situations and the issue of bearing witness. The Foundation will also support an educational project on the role of artists after a disaster.

Emeric Glayse is now responsible for managing the Carmignac Photojournalism Award alongside Gaïa Donzet, Head of the Carmignac Foundation.

The Carmignac Foundation launched the Carmignac Photojournalism Award in 2009 with the aim of supporting and celebrating photojournalism. This unique award funds an emerging photographer to visit areas of the world at the centre of geostrategic conflicts, where human rights and freedom of speech are often violated. The award is distinct from other photography prizes due to its emphatic global concern and specific geographical focus, which changes annually. Previous themes include Gaza, Pashtunistan, Zimbabwe and Iran. The theme for the 6th award is Lawless areas in France. 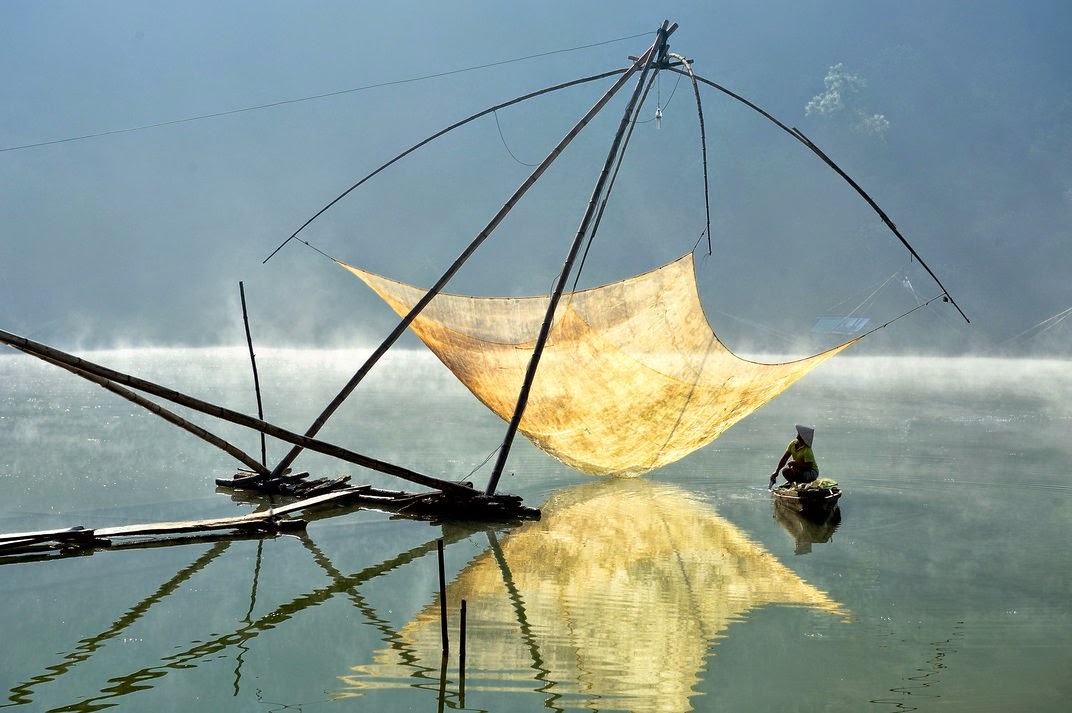 Smithsonian.com is excited to announce the finalists of our 12th Annual Photo Contest. Selected from over 26,500 entries, taken by photographers from 93 different countries, these photos represent our favorite shots. Our photo editors selected ten finalists per category—Natural World, Travel, People, Americana, Altered Images and Mobile—and it is up to you to determine our Readers’ Choice winner. The photograph that receives the most votes between now and March 30, at 5 p.m. ET, will receive a $500 cash prize and be announced alongside our Grand Prize and category winners on March 31.

More info: HERE
Posted by All about photo at 1:17 PM No comments:

James Hyman Gallery is delighted to present André Kertész in Europe, a new exhibition of images selected from works in the estate of André Kertész.

The exhibition - the first of its kind to focus on Kertész’s European work alone - spans the photographer’s whole career and features well known images as well as several unknown photographs which have never before been exhibited or published, including a previously unknown image of Cecil Beaton's studio.


Born in Hungary in 1894, Kertész was one of the most internationally significant photographers of the 20th century, influencing figures such as Brassaï and Henri Cartier- Bresson and laying the foundations for photojournalism as it is known today.

André Kertész in Europe begins with the artist’s earliest photographs, made in Hungary in the 1910s, moves on to his pioneering modernist work produced in Paris during the 1920s and then presents almost unknown, later works, made in Europe after the Second World War.


James Hyman said: ‘In 1964 the great American photography writer and curator, John Szarkowski, wrote that “Kertész’s work, perhaps more than any other photographer, defined the direction in which modern European photography developed.” We are therefore delighted to have put together - in collaboration with the Estate of André Kertész - a show which focuses exclusively on his work from Europe, an opportunity to provide fresh insights into his activity through a series of previously unknown pieces.'


All about James Hyman Gallery
16 Savile Row
London W1S 3PL
Posted by All about photo at 9:33 AM No comments: 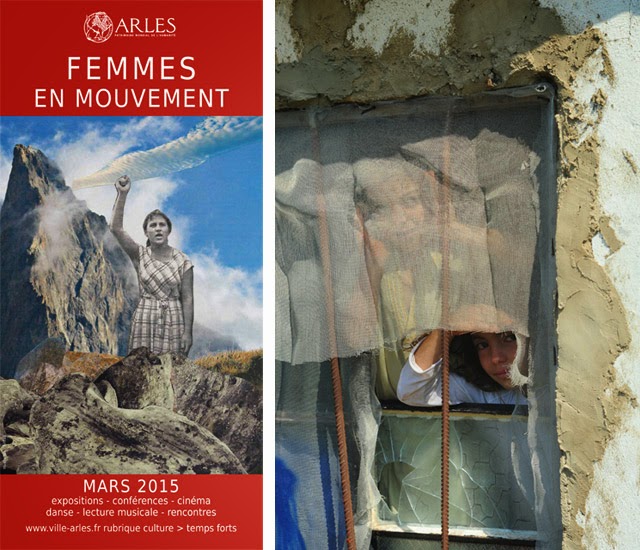 An exhibition by Oiseau Indigo and the League of Human Rights, hosted by Voies Off gallery in the context of 'Femmes en Mouvement'.

An event coordinated by the City of Arles.

Prints produced by the Voies Off photo lab.

More info
Posted by All about photo at 12:00 PM No comments: