If Slovenia were... Contemporary Slovenian photography curated by Klavdij Sluban

OPENING Today, July 5, 7:30pm::
Visit of the exhibition in the presence of the artists at the Voies Off Gallery
followed by a cocktail in the Cour de l'Archevêché at 9 pm

MEETING WITH THE ARTISTS
July 6, 3pm, Voies Off Gallery

“The project “If Slovenia were…” represents a photographic vision of the country through the eyes of 19 contemporary Slovenian photographers. All of the series were developed specifically for this project between 2015 and 2018. The participating photographers were selected in an open call. Through distinct individual expressions, the authors articulate their own vision and interpretation of the country they live in. “If Slovenia were…” shows the different layers of Slovenia nowadays through the feeling these young photographers (the average age is 34) carry within themselves. The end of Yugoslavia and its war (1991-2001) are far behind them. New refugees cross their country. Themes rank from globalized suburbs and growing malls to family life and the inner self. The perception is focused as much on Slovenia nowadays as the place each of these 19 photographers has within this society."

Klavdij Sluban, mentor and curator of If Slovenia were...


The Voies Off Festival is honoured to welcome the project If Slovenia Were... curated by photographer Klavdij Sluban, under two different but complementary forms. The project will be presented as an exhibition on the walls of the Voies Off Gallery, and a screening in Cour de l'Archevêché.

Klavdij Sluban is a French photographer of Slovenian parents, born in Paris in 1963. He spent his childhood in Livold (Slovenia). His photographic themes deal with confined spaces in remote countries, islands or jails. Awarded the Prix Niépce in 2000, he was elected “Artist of the year” in 2017 in South Korea.Since the beginnig of the 1990s, Klavdij Sluban participates actively in the cultural life of the country of his origins. He is present on the artistic scene with numerous exhibitions (Museum of Modern Art, National Gallery), he has photographed young prisonners in the jail of Celje from 2000 to 2004 and he organizes workshops and several year long masterclasses with young Slovenian photographers. In 2013, he was awarded the prestigious prize “Deklica s piščalko” (“Young Girl with a Flute”). 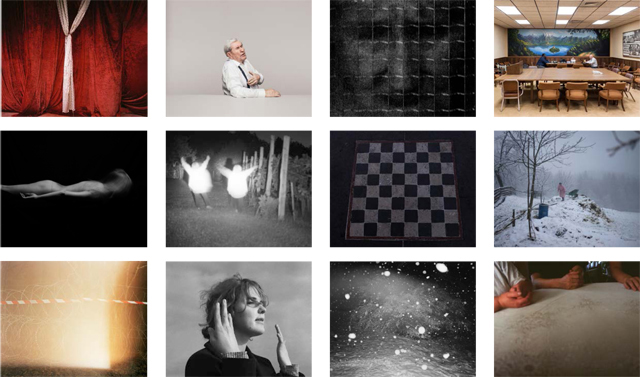 Posted by All about photo at 9:50 AM No comments: