James Hyman Gallery is a leading specialist in British Photography and represents many of the most important British photographers working today, especially those engaged in forms of subjective or contemporary documentary practice. 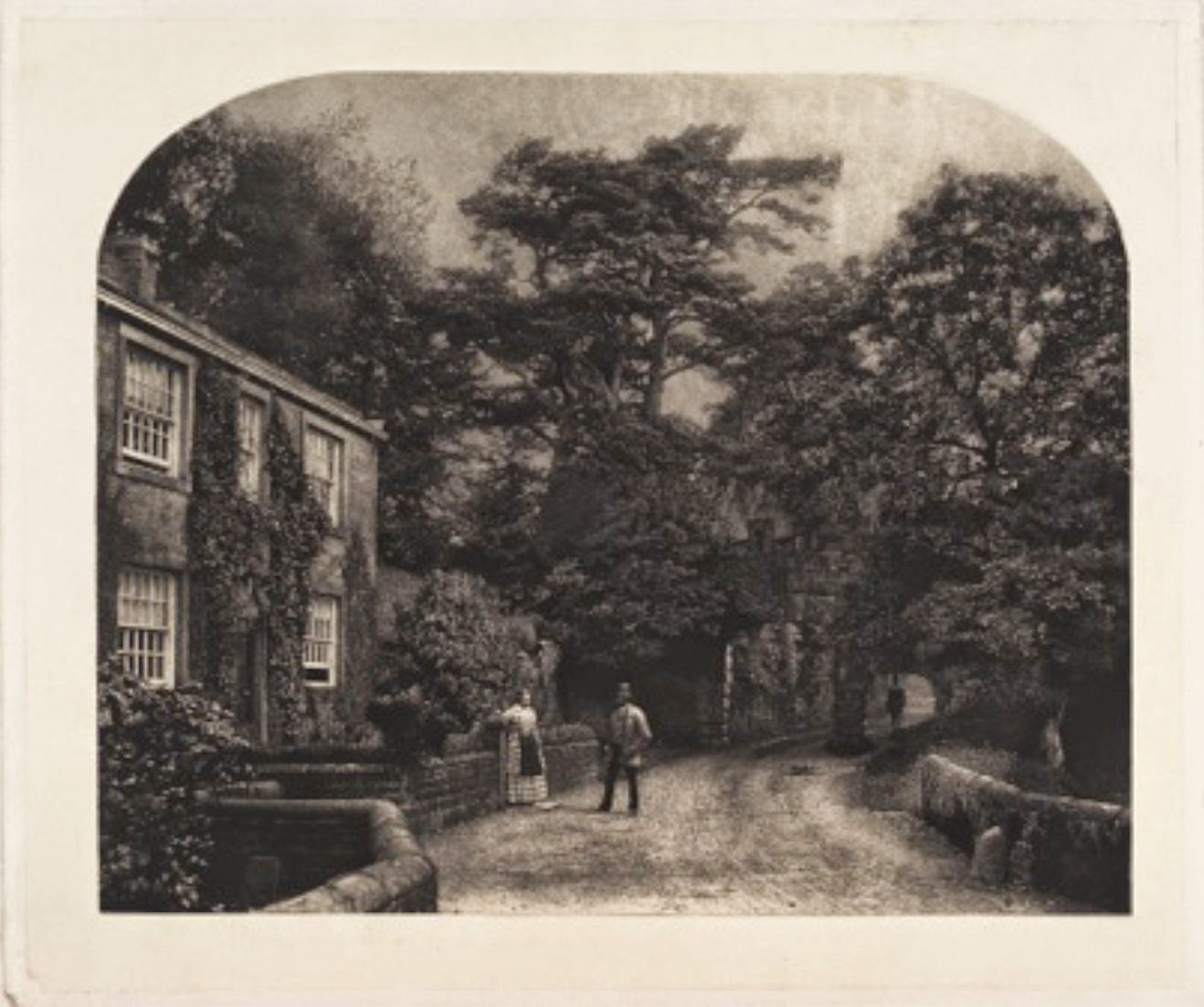 The exhibition takes as its starting point one of William Henry Fox Talbot’s greatest works and one of the finest prints outside a museum, Veronica in Bloom (1840) - an exceptional print dating from the very moment in which the birth of photography was announced. The show traces the development of photography both through technical advance and through the forging of a new aesthetic, initially in dialogue with painting and then freed from this relationship. These pioneering moments include intimate untrimmed salt prints by Calvert Richard Jones and Edouard Baldus, remarkable salt prints made in Britain, France and Italy and, subsequently, the evolution of new techniques including collodion on glass, albumen printing and forms of photomechanical engravings from heliogravures by Charles Negre and Henri le Secq through to photogalvanographs by Roger Fenton.

Posted by All about photo at 1:09 PM No comments:

Patrick Morarescu at the Goethe Institute in Munich

If you are in Munich, do not the miss the exhibition of Patrick Morarescu. 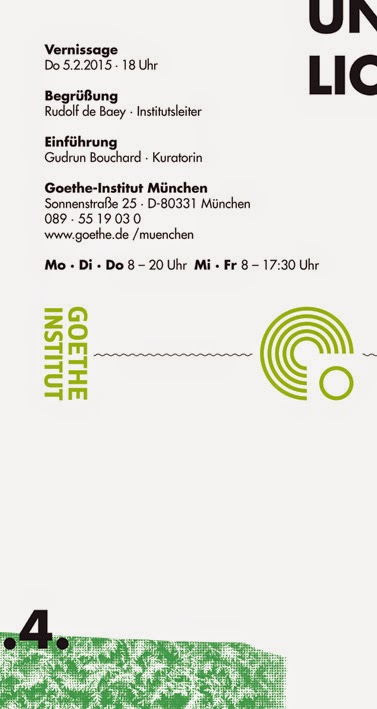 He will be showing his series "My Home is the Sea". 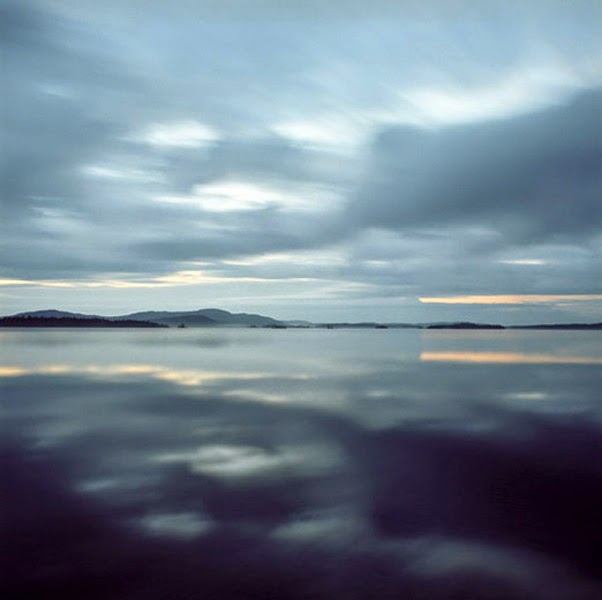 All about Patrick Morarescu: HERE
Posted by All about photo at 1:28 PM No comments: 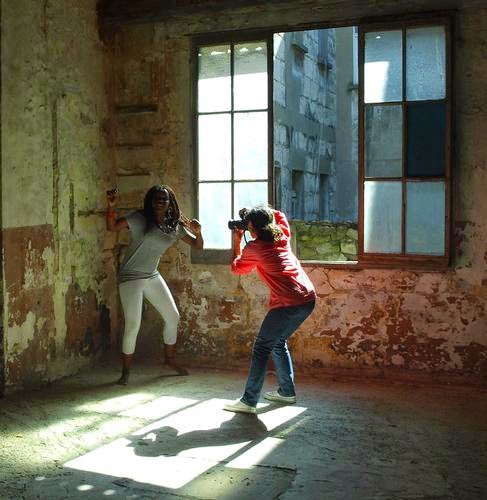 The Rencontres d'Arles Discovery Courses are for amateur photographers as well as beginners. For two or three days you are totally immersed in the business of setting up photo shots and honing your critical eye.
These photo weekends are co-ordinated by professional photographers with a gift for teaching, all of whom are graduates of the top photography or art schools.
One of these courses can also be an excellent way of preparing for the 4 to 6 day courses that take place through the Spring and Summer. 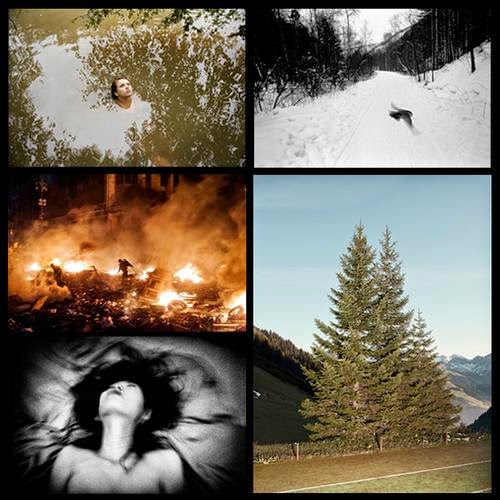 With the seven photo workshops planned for April and May, springtime in Arles promises to be a wonderful season for discovering things and getting involved in an exciting exchange of ideas. It all takes place in uncommonly beautiful surroundings. Everyone will be developing their techniques and honing their way of seeing things – with invaluable advice and precious tips from great professional photographers. 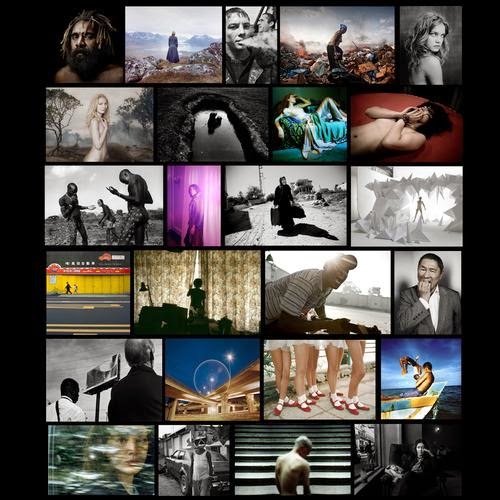 So many incredible photographers....


Register HERE
Posted by All about photo at 1:41 PM No comments: 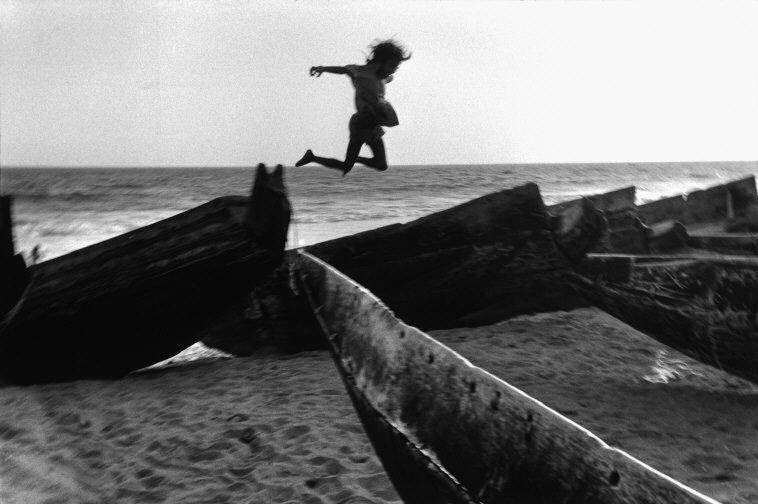 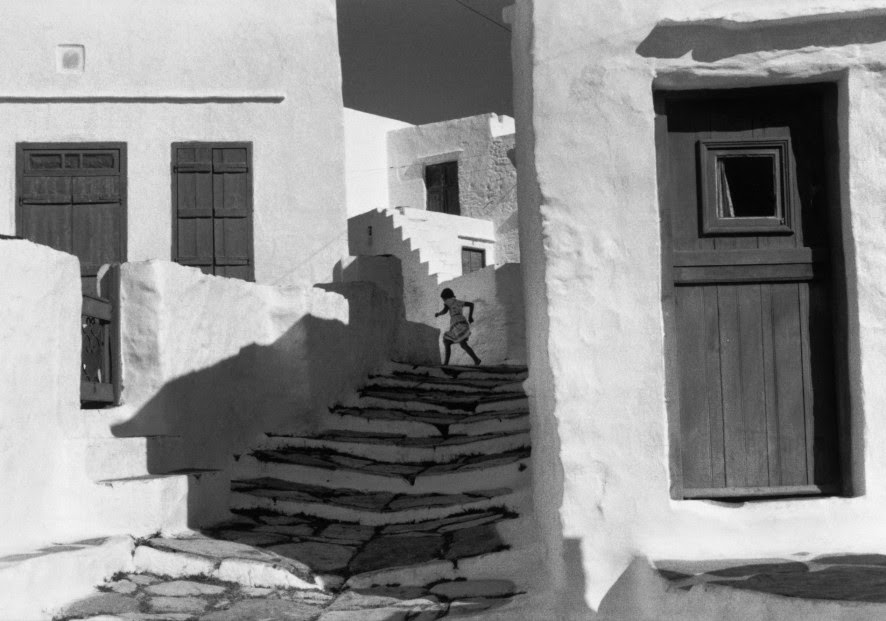 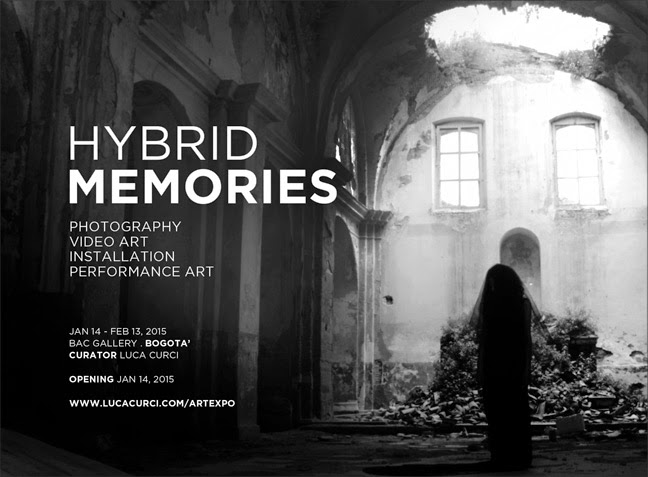 All about the exhibition
Posted by All about photo at 1:46 PM No comments:

Ackerman’s radical and unique approach allowed him to create his own unmistakable style. He will be at Micamera on Friday night for an open evening, a special opportunity to see the new version of the video he presented at Micamera last May.

Over the weekend, Ackerman will teach a workshop limited to 13 students.


I try to escape the traps of reality all the while conserving a link to the real. Because photos aren’t inventions but meeting points – Michael Ackerman

Michael Ackerman  is an American photographer born in Tel Aviv in 1967. He moved to New York in 1974 with his family. Today he lives and works in Varsaw. He is represented by Agence VU
He has published three monographies: End Time City (Nathan Delpire / Scalo 1999), Fiction (Delpire / Gena Kehayoff, 2001), Half Life (Delpire / Dewi Lewis / Lunwerg / Peliti, 2010)


Jacob Aue Sobol was born in Denmark in 1976 and grew up in the suburbs of Copenhagen. After having lived in Canada, Greenland and Tokyo he moved back to Denmark, where he now lives and works. He studied at the European Film College, and was admitted to Fatamorgana, the Danish School of Documentary and Art Photography, in 1998. There he developed his expressive style of black-and-white photography, which he has since refined and further developed. He is a member of Magnum Photos.

Massimo Berruti won the prestigious AFD Prize for his series Drops, water crisis in Gaza and the West Bank. 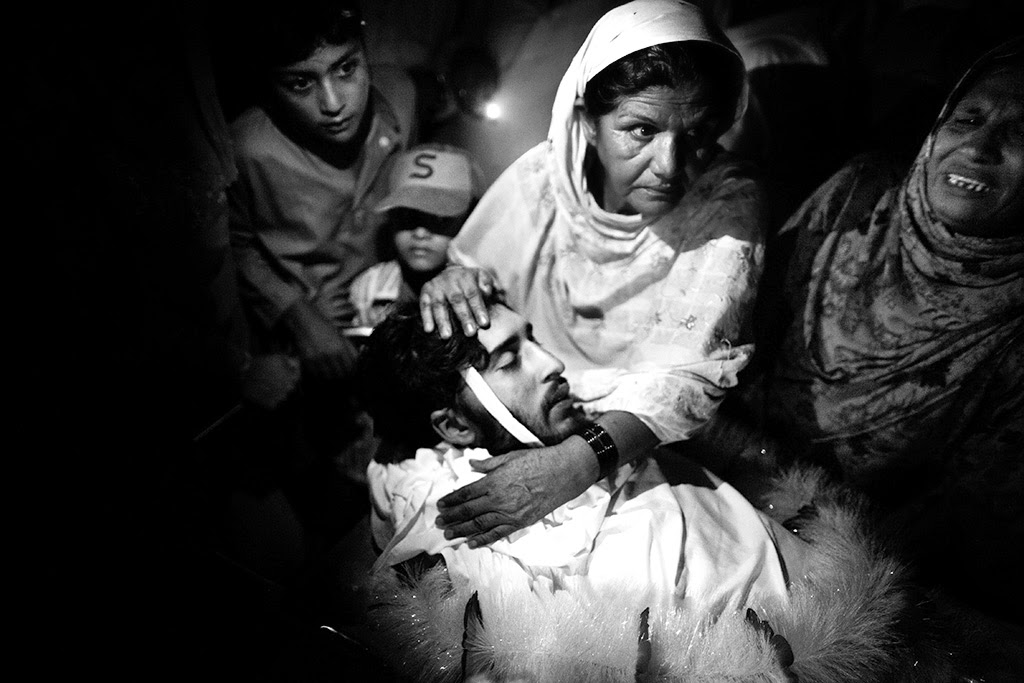 The AFD / Polka Grand Prix for the Best Photo Report Project was won by Massimo Berruti for his project: “Drops. Water crisis in Gaza and the West Bank”

He won 15,000 euros to be able to finance a reportage and its publication in the magazine Polka. 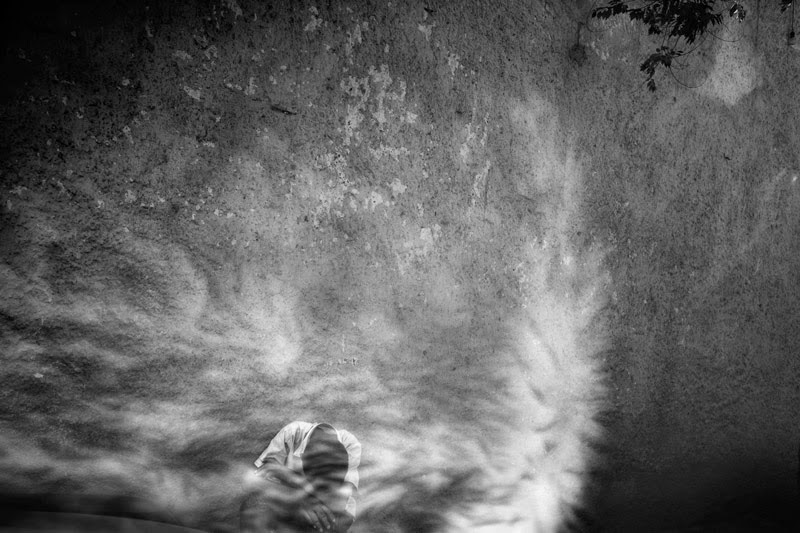 Massimo Berruti is an Italian photographer born in 1979 in Rome where he presently lives.

After a few photography courses, Massimo Berruti stopped his biology studies in 2003 to delve deeper into photography. A freelance photographer since 2004, he started to work in Eastern Europe and mostly Italy. There he focused on immigration, suburbs and the industrial crisis plaguing the region.

"It is very rare that one experiences so directly, before a photographic work, the feeling of what inspired it and of what from day to day was its purpose. It is especially so as this feeling is completely contrary to what we think – or believe – we know of war photography"
Christian Caujolle in "Lashkars" Ed Actes Sud 2011

Massimo Berruti was the laureate of the 2009 City of Perpignan Young Reporter's Award and laureate of the Carmignac Gestion Prize of Photojournalism in 2010. In 2012, he was recipient of the Eugene Smith Fellowship for « The Dusty Path », his work on Pakistan.

Since 2008 he has been working on an extensive documentary work about the changing society in Pakistan. The last chapter of this work is focused on the victims of drone attacks from whom Massimo has made portraits from 2011 to 2013. 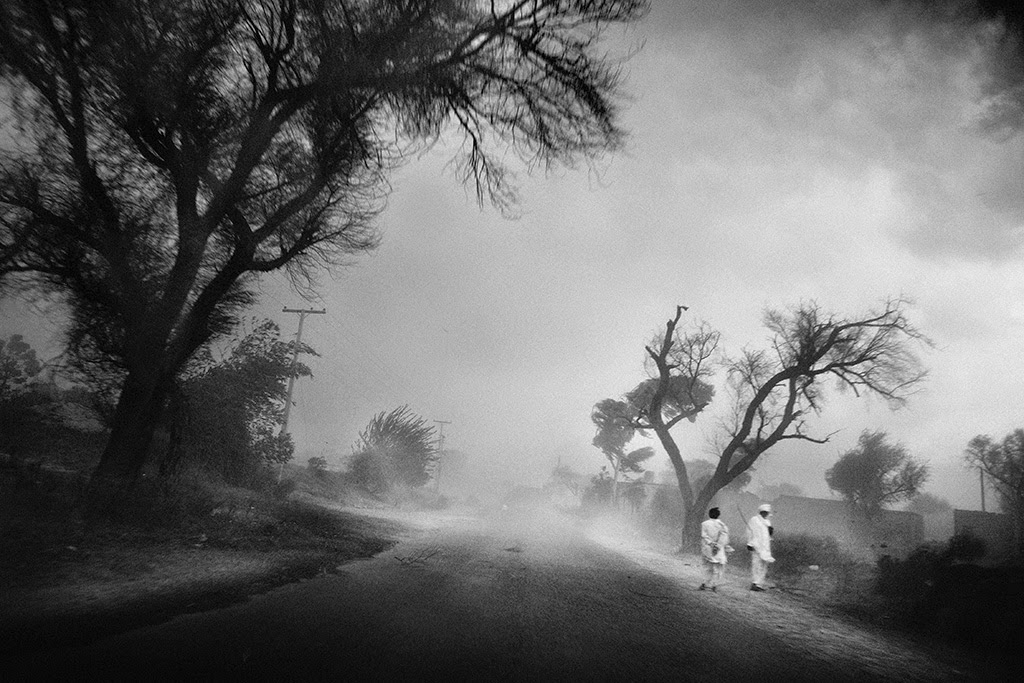 Agence VU
www.massimoberruti.net
Posted by All about photo at 12:15 PM No comments: